I recently listened to the Radio Lab podcast below about Maurice Hilleman.  If you don't recognize the name, he was credited with creating vaccines for 9 diseases and saving around 8 million people EVERY YEAR, enough to actually add TEN years to Human life expectancy globally, one science writer said.  Many think he was the most important scientist in medicine in the 20th Century.  And behind his achievements is an interesting character, a personal story.

What caught my attention was the gap between his accomplishments, the impact and relevance of his work, and his apparent lack of prominence in public memory.  I had never even heard of him.  I thought that was kind of amazing, especially with recent attention on virology and vaccines.   Was I just ignorant (a real possibility)?  Or is he relatively unknown? 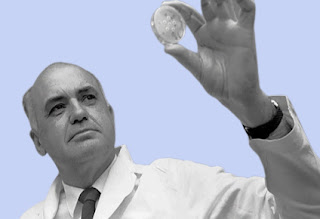 I love stories of science like this.  He was clearly driven, with a reputation at work for being a pretty demanding taskmaster.  Amongst other researchers, he reportedly swore quite a lot and resisted some kind of “sensitivity training course” offered at Merck, one colleague remembered, dismissing it as tantamount to “parochial school."  On the other hand, at home, he was apparently a gentle and loving father and husband.  He clearly had a huge ego.  But that was not the point.  Outside of virology and infectious disease circles, he didn’t really seek attention or promote himself.  He was motivated by the science itself, rewards that were intrinsic to the work he did.  Perhaps that’s why he’s not better known.

At the end of an astounding career he once said, “Looking back over one’s lifetime you say, ‘Gee, what have I done?  Have I done enough for the world to justify having been here?’  You know, that’s a big worry for people from Montana at least.”

His wife Lorainne explained in the film linked below, “ 'The world should be better for you having been in it,' he always said.  Everybody should make some kind of contribution, no matter how small.”

Hilleman continued, “There’s a great joy in being useful.  That’s the satisfaction that you get out of it.  Other than that, it’s about the quest for science and winning the battle against these DAMN bugs, you know?  That’s the scientists’ war.  And when there’s a spin-off to help Mankind?  Fine. I like that.” 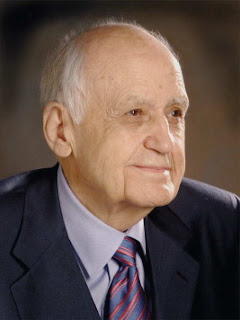 I like that too.  We could use a dose of that “right stuff” for the American psyche these days.

If you'd like to learn more, here is the Radio Lab podcast.  Naturally, if you don’t listen to any else, listen to this one;  Jad Abumrad is just a phenomenal science writer and producer.  Phenomenal.

There is a film you can rent but I didn't watch it yet.

Here are a couple of bios from NIH, Wikipedia and a website for the film.

There is also a decent, short, free film about him on Vimeo.

The Radio Lab podcast mentioned this site about vaccine "makers" too, which has a lot of material on the science of vaccines and vaccine development as well.

Finally, I found this audio about Hilleman from the BBC while I was trolling for info about Hilleman on This Week in Virology (TWiV).  (Side note:  TWiV is another awesome, awesome podcast chock full of real scientists talking about their actual work in virology amidst the pandemic.)